My Bersih 3.0 Experience: Behind the Barbed-Wire Barricades

It was the barbed wire that did it for me. Up til Friday afternoon I was still unsure about going. My hubby thought I'd already made my point last year. I was annoyed with continually being asked whether I was going or not, more so with the non-story that came out in M'kini which basically said I hadn't decided yet. I mean, does it matter?

Then I saw the photos of the police rolling out the barbed wire and I saw red. Since when did our police, or whoever is their boss, roll out barbed wire - barbed wire!! - against their own people?? Are we thugs? Terrorists? Thieves?

So I decided to go. I contacted friends and found out their plans on how to get round the roads which were sure to be blocked and the LRT which may be stopped. The same friend who so kindly offered to be my 'bodyguard' last year offered himself again. We got into my car, went to collect some other friends and drove to as close to Central Market as we could.
Part of the way down Jln Brickfields we couldn't go any further so we got down to walk. On one side of the street were thousands of people in yellow walking in the direction of the Central Market. On the other side of the street were hundreds of police in their dark blue uniforms. But they didn't look hostile and just watched us go by.

We got to the Central Market which was swarming with people. Earlier I'd read a tweet that said that people were going into the Market to have lunch and my friends and I were laughing about Malaysians and their food. "Well," we said, "Central Market restaurants will get a lot of business!". But when we got there, the Market was totally closed. So all those restaurants lost business today!

Caught up with friends in the car park while we sat to wait. It was HOT!! On the little CM stage, Ambiga was seated there with many of our colleagues from women's groups. I went up to say hello, took some photos and then went down to wait again. At 1.20 or so, Ambi took the mike to announce that we were going to move off soon, heading towards Dataran Merdeka. But, she added, we were not to breach the barriers, we would only go as far as we could and then we would simply sit down for a while and then disperse.

The atmosphere was much more fiesta-like than last year. There were people in yellow t-shirts or in other colours, in shorts or in tudungs, lots of young ones and some also of a certain age. Like last year, it was a very diverse crowd. I bumped into some old friends, some young people I knew including a nephew and the children of some friends, and met some new ones, people who were coming to a rally for the first time ever. These were not radical highly-politicised types, just your average men and women, the type you'd meet at the supermarket perhaps. I asked one newbie woman why she came and she said it was because she realised that if she wanted change, then she had to do something.

After Ambiga spoke and a quick briefing by the marshalls, we moved off. Because of the crowd we made our way slowly, stopping every now and then to take photos of the awesome crowd and ourselves. At Central Market I estimated there were at least 6000 people that I could see (though I have to say I'm bad at estimates) but many many more joined us as we walked along.
When we got to Lebuh Pasar Besar, there was a big crowd on it facing the direction of Dataran Merdeka while others continued on to Jalan Tun Perak. We decided we would stay on Lebuh Pasar Besar (where the Bar Council is) and made our way towards the bridge across the Klang River (just before Agro Bank). That was where we had to stop because the police had put up a barrier of barbed wire (actually my husband said it's razor wire, not barbed wire) and those red plastic road barriers, all stamped 'DUKE'. On the other side of the barrier stood a whole row of police. Most look quite senior and they simply stood there and looked at us.
I got to the front of the barrier where someone had put up a sign that said 'Welcome to Tel Aviv'. It felt very accurate. The police recognised me and nodded. I asked them, "What is this?" pointing at the razor wire, which has blades on them which can seriously cut you if you get hurled on to them (see close-up pic above). The senior cop there shrugged and gave a wan smile. "This makes me sad," I said to him. Again he shrugged.

We stood there for a while. Some people started to sing Negara Ku so we all joined in. The senior cop who shrugged at me stood at attention, really the only one who did so. Some people started chanting 'Bukak, bukak!' meaning open the barriers. But overall there were high spirits but nothing provocative.

Then suddenly all the cops moved back, away from us. We were puzzled but in a short while we realised why. Several police trucks moved in and headed in our direction. For a moment I wondered if they were simply going to mow us down. Then they retreated again. Next a whole row of police with helmets, batons and shields formed in front of the trucks facing us. Again we wondered if they were going to charge us, which seems silly because they too would have come up against the razor wire.

Someone then told us to sit down. So we did on our side of the barrier while on the other side, about 10 metres away, the police were lined up with their shields and batons. It looked like it was going to be a battle of wills, who would last longer in the heat . We were prepared to sit for the next two hours til 4pm, the appointed dispersal time.

After about 15 minutes sweating behind the razor wire, someone told us to move back and disperse. "We must use our brains. Don't provoke. It's time to move back."  So we moved away from the barriers and milled around the streets, just looking at people. Bumped into more friends and chatted to random people who said hello. It was a nice atmosphere, akin to going to a fun run or something like that.

We then read a Star tweet that said that Ambiga said Bersih 3.0 was already successful and we can all now disperse. So my friends and I made our way back to Brickfields, got into my car and drove home.

It was only after that that we started to get smses and tweets regarding teargas at Dataran Merdeka. It was a shock because up til then there was nothing to indicate that the police might do that, even when they brought the ones with the helmets and shields out. We passed many cops on our way home and they hardly looked at us.

My phone was running out of battery and I had to wait til I got home before hearing from my daughter that she had been teargassed. She was part of a team videostreaming the events today and was near Dataran Merdeka, stuck among thousands of people, when some people, against Bersih's instructions, breached the barriers and ran onto the Dataran.  The police then started running away from them and soon they saw why: the teargas canisters being fired at them. Her first time being teargassed, she said it was awful but people around her were all helping one another. What was more frightening was the fear of being crushed but luckily people were so mindful of this that if anyone fell, they were immediately given space and a hand up. She's fine though and I never really worried about her because she had a friend with her who was tasked with making sure she was alright.

(Her videos, along with those by others, are now on the Bersih428 Youtube channel).

Since reaching home, I've been trying to keep up with the many many reports on today's events, both the good and the bad. Yes, there were some people who misbehaved, let's be honest. We don't know who they are but in such a large crowd there are bound to be people like that, despite instructions from the Bersih steering committee and marshalls not to provoke anyone. There are also very likely agent provocateurs who are out to make trouble and discredit Bersih.

But it doesn't detract from the fact that an unbelievable number of people turned out today, far more than last year, and compared to the incidents of bad behaviour, there was a far larger number of people who marched and rallied peacefully. I hardly saw anyone with a frown or a scowl but lots of happy smiles. Just like last year, I never once felt unsafe. Instead I felt part of a large Malaysian community, all together for one cause. Or two, since the anti-Lynas people also turned out in huge numbers.

Here's a report from the UK's Independent newspaper which is pretty accurate although there were far far more than 25000 people there. It was hard to see everybody but it had to be about 50000-80000. There are thousands and thousands of photos and videos being uploaded right now. So go take a look and decide for yourself. I also hope people will put up their personal stories too.

I'm sorry that there were people who got injured, both protestors and police. None of that was really necessary. A few weeks ago, at the International Women's Day rally in PJ, 5000 people turned up and there was absolutely no violence because the police left everyone alone to do their thing. The same could have happened today, if only the powers-that-be could have been wiser.

One more thing, about those politicians who were there. At Central Market there were some there but they were not allowed to speak. Along the march, if anyone started any chants that sounded political, others wouldn't take it up and they pretty soon petered out. Like last year, the most popular chants were those that simply said 'Bersih' and 'Hidup Rakyat'. Most were simple ordinary people, who just want to express how they feel and who really have no time for politicians.

Besides, which politician or political party, from any side, can mobilise anything as incredible as Global Bersih?
Posted 3 days ago by MarinaM
Posted by Unknown at 10:51 PM No comments: 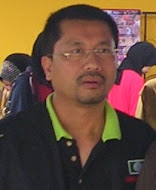 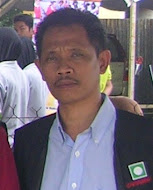 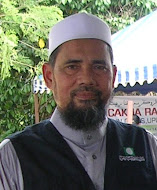